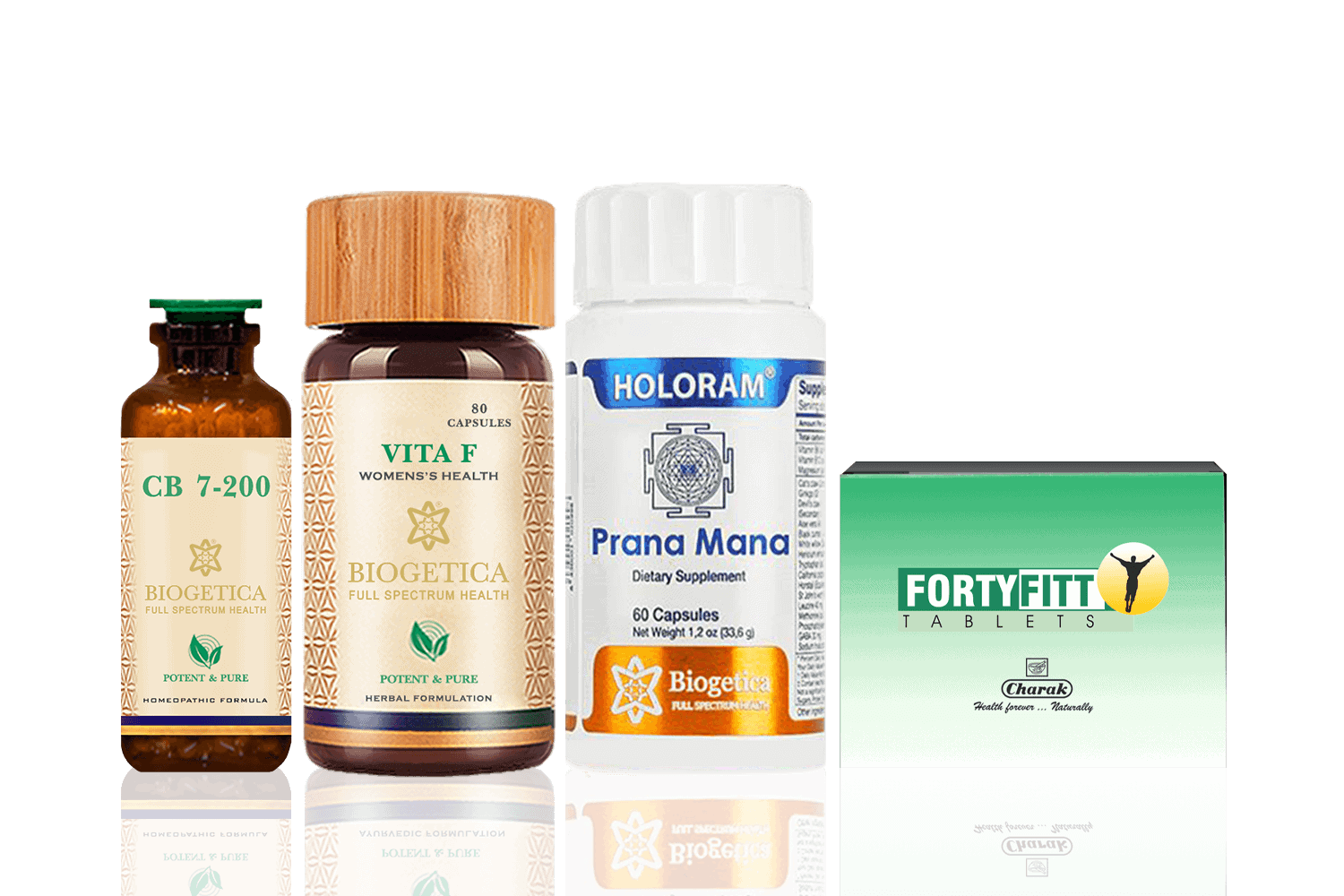 The Biogetica Deliverance Kit with Fortyfitt Rejuvenative Formula is a basic combination of Ayurvedic herbs, Nutraceuticals, and Homeopathic products traditionally believed to rejuvenate and improve the health of the cells of the body.Read More

This kit consists of the following 3 natural therapies:

A combination of Vibrational Homeopathic therapies, MIX 7 CB 7 200 is traditionally believed to support the body after a chronic illness.

Fortyfitt Tablets are a comprehensive Ayurvedic formula traditionally believed to reduce sensitivity to stress, boost energy levels and create a sense of well-being. It is believed to assist the smooth functioning of muscles, bones and marrow.

PranaMana stimulates the production and distribution of healthy, biological energy. It is aimed at preventing and correcting energy imbalances that affect the quantity, quality and/or distribution of energy in the body. Disturbances in the Energy spectrum are the first layer of resistance to any type of therapy and are directly correlated to a dysfunction in the production of energy at the mitochondrial level.

BELLIS PERENNIS – traditionally believed to act on muscular fibers of blood vessels; venous congestion; abdominal muscles. It is believed to work especially on the muscles and blood vessels of the uterus.

CALC FLUOR – traditionally believed to put elasticity back into muscles and tissues wherever there is a relaxed condition in the system.

FUCUS – potential general tonic; it is a seaweed that contains iodine; traditionally believed to work on muscles, blood and blood vessels.

PranaMana is a bioregulator that is traditionally believed to fight asthenia, and weakness induced by physical or psychological stress, often associated with chronic fatigue syndrome. It is believed to prevent the accumulation of ammonium and promote their elimination, by activation of the Uric acid cycle. It provides the micronutrients necessary for the Krebbs cycle, thus facilitating the production of cellular energy. It is also involved in the transfer of energy from mitochondria to the cytoplasm. The result is an overall increase in energy reserves, essential for a healthy lifestyle.

The mechanism of action of PranaMana is traditionally believed to allow a synergistic action to induce the increase and regulation of energy through:

The synergistic activation produced by PranaMana is the result of a combination of carefully selected amino acids, enzymes and minerals critical for the production of energy in the cells and in complex organic systems such as the small intestine, the liver, striated muscle and the brain.

Dosage: Take 1 or 2 capsules a day in the morning, before breakfast or as advised by your physician. 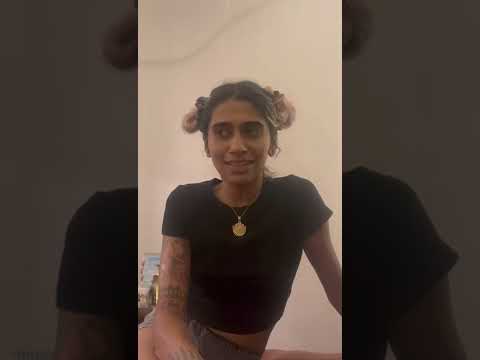 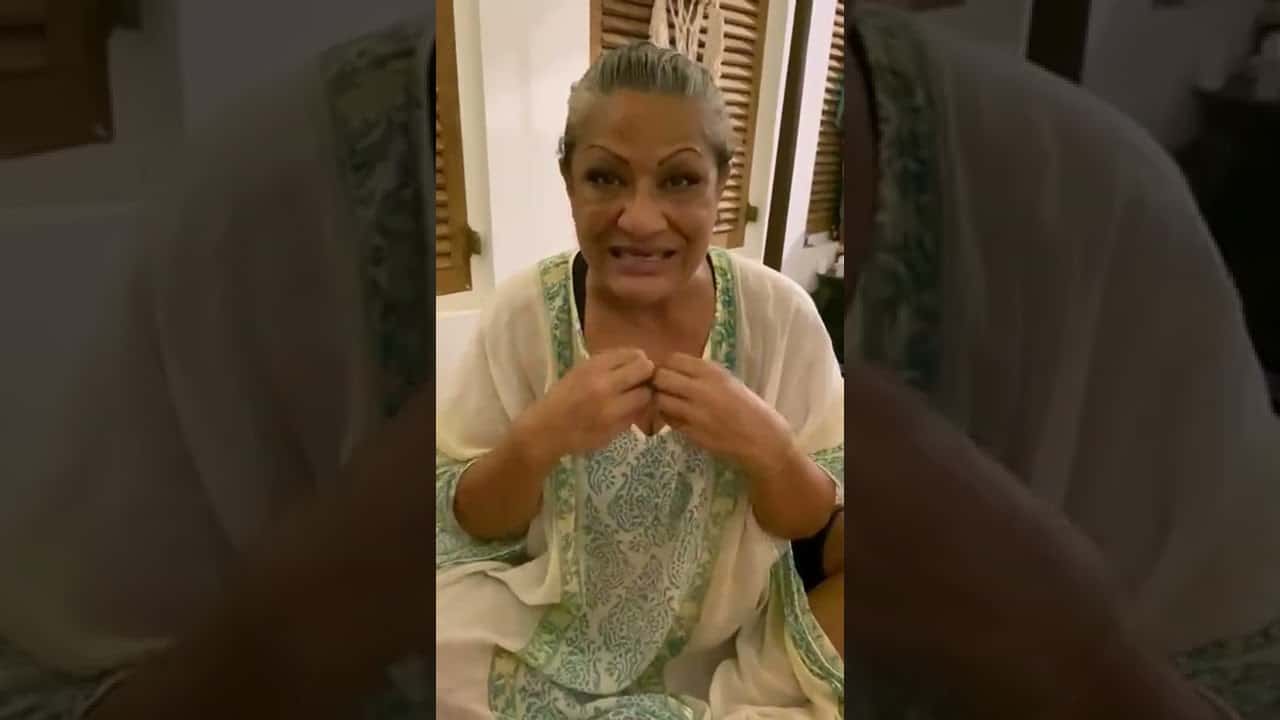 I am 51years old and have been diagnosed with Parkinson Disease since 2016.I purchase the Freedom Kit With OM 34 Mucuna Pruriens & Cerevitan Formula for ₹7,418.48. I started meditation from Biogetica since January last year and am very happy with the results. I do not experience any side effects after consuming your medications as compared to Allopathic Medications. . I believe that Biogetica products are ailment-specific 100% All Natural medicines. I am very grateful to you for the same. There is just one problem, Cerevitan capsule which is the most important medicine for me is constantly delayed as it is out of stock and this time it's delayed by more than 2 months. I request you to kindly look into the matter and do something about the above. Your medications have helped me to a great extent, specially Cerevitan capsule and I appreciate if you could ensure the stock of this capsule. Thanking you in anticipation of your immediate action in this regard.

“I would like to testify that Biogetica natural health products are truly effective. As a medical practitioner, I have treated many patients with Biogetica products with tremendous success. People with weak extremities, protruded abdomen, sleeplessness, vertigo, severe palpitation of heart, scanty and frequent urination as well as other ailments have been saved with Biogetica kits. I love your combinations, especially the following kits:Hepatitis Prostate hypertrophy High blood pressure Syphilis Psoriasis.May God richly bless the brains behind this wonderful company. I wish you good luck and success.”

Ayurveda & Homeopathy may or may not qualify as medicine in your home jurisdiction. The complementary advice of our practitioners who are considered Homeopathic and Ayurvedic Doctors in some jurisdictions does not replace the medical advice given by your primary care physician. Biogetica’s Homeopathic products may be used for treatment of self limiting over the counter ailments in USA, India & Europe that support Homeopathy for OTC use. Biogetica’s Herbal remedies from the Ayurvedic, Chinese and other traditions may only be used to balance the 5 elements and rejuvenate organ systems in countries where Herbs, Ayurveda and TCM are not considered medicine. Biogetica’s ground breaking supplements may only be used to support the ideal structure and function of the various systems in the Human Body.

* This peer reviewed and published research has most probably not been studied or approved by the FDA in your country as a treatment or cure. Hence no disease claims can be made and you are welcome to take the natural ingredients for (immunity, lung health, cardiovascular health, etc). Homeopathy is medicine in USA but only for OTC issues. Ayurveda is medicine only in India and TCM is medicine only in China. Switzerland supports insurance payments for Homeopathy.

The product’s claims are based only on theories of homeopathy from the 1700s that are not accepted by most modern medical experts.

† All Homeopathic products are made in accordance with the Homeopathic Pharmacopoeia of the United States, a document which has been published for over 100 years and which is recognized as an “official compendium” by Sections 501(b) and 502(e)(3) of the Federal Food, Drug, and Cosmetic Act, 21 U.S.C. 351(b) and 352(e)(3) (“FD&C Act”).” These indications are based solely on traditional homeopathic use. They have not been evaluated by the Food & Drug Administration.

†† These testimonials are unsolicited and unedited except for the name of the sender. They contain the senders’ initials or first name only for purposes of privacy. These are actual emails from many we were able to help over the years. Testimonials represent a cross section of the range of outcomes that appear to be typical with these products. Your results may vary. We do however stand by our products and will refund you completely if our products don’t meet your expectations.

What we do is simply point you and your Doctors to independent research from all sources that we know of, on the ingredients or entire formulation of our natural products, which are Herbal, Ayurvedic, Bioenergetic, Homeopathic and Complementary in nature. We invite you to read these studies on our clinical trials page or on scholar.google.com. Results may vary from person to person as is depicted in the wide range of results seen in the clinical trials.

0
0
Your Cart
Your cart is empty
Apply Coupon
Use coupon code "bloom" for 18 percent off today!
FrançaisDeutschPortuguêsEspañolрусскийEnglish