Information On Resonator Pendants And How They Work?

What Is A Bio-Energy Field?

We live in an ocean of energy. Everything, including our body, is composed of energy. The frequencies of this energy can be noted in the recordings of biological rhythms like electro-encephalograms and electro-cardiograms. These bio-energy fields in our body are in constant contact with the different energy fields that exist in the universe.

All health disorders are a result of disharmony in the intrinsic frequencies of the body due to interferences from external sources like radiation and intense emotional states.

Resonam and Resolife are advanced biofeedback devices. These beautiful pendants harmonize Hertzian and non-hertzian frequencies in the bio-energy field and protect one from electromagnetic and high-frequency radiations. The following features make Resolife and Resonam potentially effective protectors and harmonizer devices, as they:

Benefits Of The Resonator Pendants

Resolife and Resonam specially contribute to biofield protection against cosmic and telluric radiation, and high disrupting frequencies of the emotional field, coming from disharmonic interpersonal relationships after a couple of days or weeks of carrying it with you. Resolife Jewel also actuates an ostensible improvement of energy balance, sleep quality and adaptation to stress. This may result in a higher level of vitality, serenity, self-control, attention, memory, and mental clarity.

Mechanism Of Action Of The Pendants

Atoms, molecules, cells, and organism tissues have their own normal spectra of emission which can be disturbed and messed up by environmental electromagnetic noise, including telluric radiation, cosmic radiation, and high-frequency energy fields. These disturbances can hinder the organisms’ complex functions with an increase in energy consumption and stress levels, inflammation and immune alterations that overload and fatigue the adaptive systems of the organism.

Research on the subject tells us, for example, that exposure to microwave radiation from baby monitors, cordless phones, mobile phones, Wi-Fi routers, smart meters and other wireless devices can cause a dysfunction in cellular energy generation by damage in mitochondria, induced by the increase in the production of free radicals.

The biofield harmonizer effect induced by Resolife and Resonam is based on the amplification and reflection of one’s own biological emissions, which start from bio-resonance and therapy with its own oscillations. It also expresses a resonance effect with the quantum field, created by the use of reflective magnetic plates. This effect has been named by physicists as the Casimir effect, in honor of its discoverer. The deep impression of the “Sri Yantra” and “Flower of life” mandalas on the magnetic and reflective metal alloy, acts as harmonizer of the polarities of the biological field. The natural vibrations of this vital energy field go into harmonic resonance with the information contained between the two metal plates of Resolife, which have been sealed with a hydraulic press to guarantee its stability and to avoid contamination.

Resolife & Resonam have been specially designed to allow the organism to recognize and adjust its emission spectrum and optimize its adaptation to the environmental magnetic field conditions. The resonance between the emissions of the biofield and the resonators contribute to the homeostasis or dynamic balance of the different biological systems, which synchronize for optimal functioning. Its structure and composition have been specially adapted to favor the self-repair of biological signal conduction systems. This helps to eliminate energy blockages, oscillations and leaks, permitting in this way optimal processing of the surroundings’ vibrations.

Decades of work by the Sintergetica school of Medicine, Scientists and Healers like Peter Lindemann and Rupert Sheldrake, has culminated into a comprehensive model for regeneration, strengthening and harmonization of the bio-energy field.

How Do You Gain The Benefits Of The Pendants?

The Resonam+ and Resolife pendants are beautiful and energetically charged pieces of jewelry that can be worn around the neck by both men and women. Its effects can be witnessed by holding it between the palms for a few minutes and noticing the balancing energy generated by it.

Note: “DO NOT WET” the Pendant

Presently, we have the following versions of the Resonam and Resolife Pendants:

Resolife and Resonam are not medical devices. The information presented here is for information and guidance purposes only. This content is not intended to be a substitute for professional medical advice, diagnosis, or treatment. Always seek the advice of your physician or other qualified health providers with any questions you may have regarding a medical condition.

In the Ayurvedic and Homeopathic traditions, it has long been known that the subtle precedes the gross. That changes happen first in the energy field before molecular alterations.

To some of us, the words biofield and energy body mean a lot and to others, nothing at all. For some, the energy body is a part of our experience and for others, it is merely the belief system of some.

This product is initially for the first lot. The ones who sense that there is energy around them and moving through them. The product itself may help all, but we rather start with the ones who can hold it in their hand and know what it’s about without a doubt.

The pendant is to be worn around the neck on a string. It comes in box and the string is not included. I could write pages about how amazing these devices are and what a difference they have made in my life and work. This, however, may lead to some trouble, as governments and obsolete scientists don’t accept the words energy body, meridians and chakras, especially if those are linked to words they accept such as immunity and happiness.

Some of you, who have attended our healing sessions across the world have experienced the sensations of RAMS first hand, as I tend to use them in healing sessions a lot. They go way beyond electro-magnetics and scalar fields, and in my opinion make other such devices seem like a childlike play, for dealing only with the electro-magnetic spectrum of the soul and its frequencies.

We have limited quantities of Resonam+ available presently. If you belong to the aforementioned energy-sensitive lot, you may go ahead and order one. Soon more will be available and by then we should also have outcomes of tests conducted on professional athletes with them. Then we can hopefully claim a whole lot more in terms of measurable differences in athletic performance and benefits to the body. Meanwhile, I do believe that the meditating subsection of our customers will instantly feel a difference in wearing them and immediately sense their worth.

Do get back to us about your experiences with them.

An independent study was conducted by XMGathletics for testing strength, muscular endurance, flexibility and balance. The initial tests were conducted on the 20th of August and the subjects were asked to wear the Resonam+ pendant for the maximum possible time till the retest. The retests on Setembro 10 to Setembro 12 revealed the following results:

NOTE: Testimonials claiming a cure or treatment or mentioning a particular ailment can no longer be associated with health products in the US of A. Hence, in compliance with the law, Biogetica is no longer able to show you most of the thousands of letters we have received from patients over the years that mention an ailment name or the words treatment or cure. However, we still encourage you to keep uploading your individual stories of healing to youtube and other such social channels. It is well within your freedom of speech rights to do so. However, we can no longer host such stories on our site in order to comply with the present law. 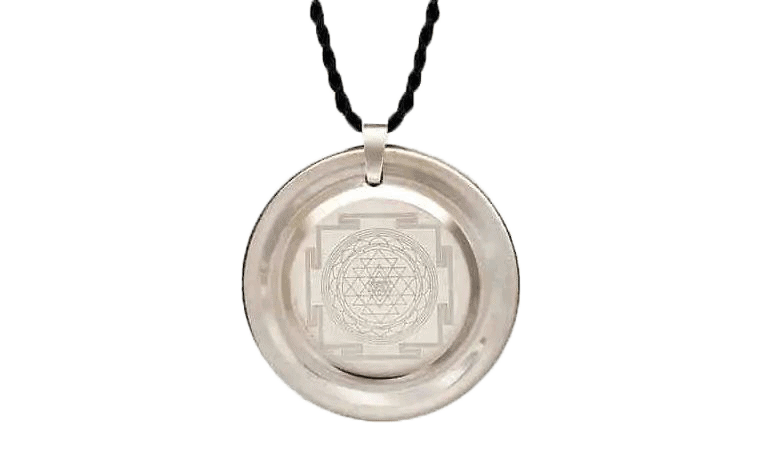 Ayurveda & Homeopathy may or may not qualify as medicine in your home jurisdiction. The complementary advice of our practitioners who are considered Homeopathic and Ayurvedic Doctors in some jurisdictions does not replace the medical advice given by your primary care physician. Biogetica’s Homeopathic products may be used for treatment of self limiting over the counter ailments in USA, India & Europe that support Homeopathy for OTC use. Biogetica’s Herbal remedies from the Ayurvedic, Chinese and other traditions may only be used to balance the 5 elements and rejuvenate organ systems in countries where Herbs, Ayurveda and TCM are not considered medicine. Biogetica’s ground breaking supplements may only be used to support the ideal structure and function of the various systems in the Human Body.

* This peer reviewed and published research has most probably not been studied or approved by the FDA in your country as a treatment or cure. Hence no disease claims can be made and you are welcome to take the natural ingredients for (immunity, lung health, cardiovascular health, etc). Homeopathy is medicine in USA but only for OTC issues. Ayurveda is medicine only in India and TCM is medicine only in China. Switzerland supports insurance payments for Homeopathy.

The product’s claims are based only on theories of homeopathy from the 1700s that are not accepted by most modern medical experts.

† All Homeopathic products are made in accordance with the Homeopathic Pharmacopoeia of the United States, a document which has been published for over 100 years and which is recognized as an “official compendium” by Sections 501(b) and 502(e)(3) of the Federal Food, Drug, and Cosmetic Act, 21 U.S.C. 351(b) and 352(e)(3) (“FD&C Act”).” These indications are based solely on traditional homeopathic use. They have not been evaluated by the Food & Drug Administration.

†† These testimonials are unsolicited and unedited except for the name of the sender. They contain the senders’ initials or first name only for purposes of privacy. These are actual emails from many we were able to help over the years. Testimonials represent a cross section of the range of outcomes that appear to be typical with these products. Your results may vary. We do however stand by our products and will refund you completely if our products don’t meet your expectations.

What we do is simply point you and your Doctors to independent research from all sources that we know of, on the ingredients or entire formulation of our natural products, which are Herbal, Ayurvedic, Bioenergetic, Homeopathic and Complementary in nature. We invite you to read these studies on our clinical trials page or on scholar.google.com. Results may vary from person to person as is depicted in the wide range of results seen in the clinical trials.

0
0
Your Cart
Your cart is empty
Apply Coupon
Please Use Coupon code "bloom" for 18% off today!
FrançaisDeutschPortuguêsEspañolрусскийEnglish